What is the Mobile Outreach Ministry?

The Mobile Outreach ministry is a team of people who are passionate about caring for those living in homeless camps in our city in the name of Jesus.

Each week, the Mobile Outreach Team visits the same camps to build consistent relationships with people they meet. Through consistently showing up in the name of Jesus, we are seeing people decide to follow Jesus for the first time, people delivered from addictions and healed!

Ways to get involved

There are three main ways to serve with Mobile Outreach: food preparation, going on outreach to the camps and through prayer and intercession.

If you are interested in getting involved with the Mobile Outreach ministry, email our Outreach Director Julie by clicking below:

Outreach in the camps

What is God doing through Mobile Outreach?

Scroll and read testimonies below! 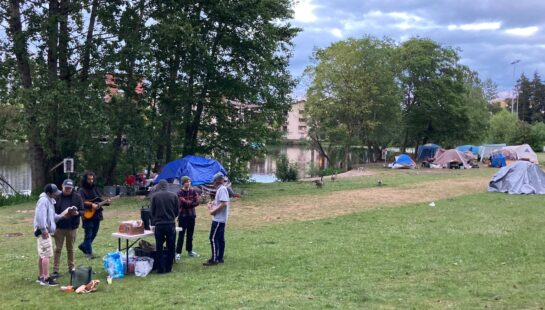 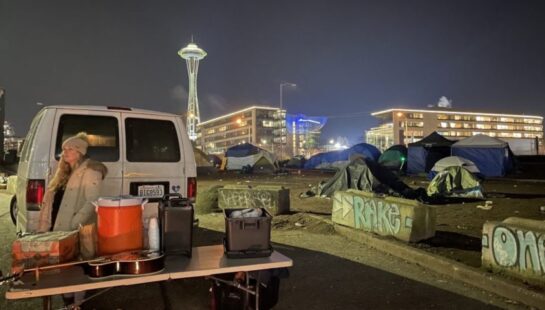 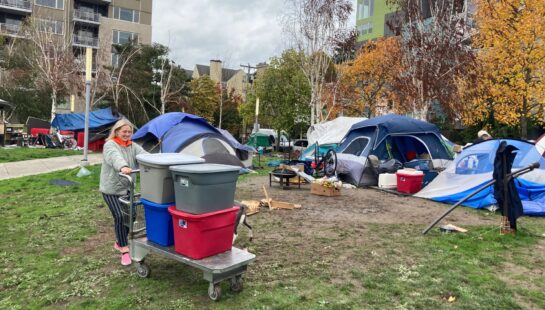 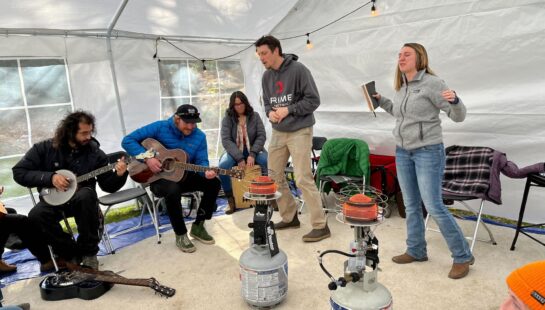 For so long I believed in something that wasn’t actually real. That night, for the first time, I realized what was real. Well really, I realized who was real, which was God.

The Mobile Outreach team met a man during one of his lowest moments. It was his first night sleeping outside after his girlfriend left him, he had all of his belongings stolen and he was still recovering from a rare blood infection that had left him hospitalized for a month. He was using drugs to cope and had made multiple suicide attempts. We encouraged him, shared the hope of Jesus and prayed for him.

The next day, he came to Mosaic and we provided him with clothes and helped him get a new ID card so that he could work. We encouraged him to go to treatment for his addiction and continued to point him to Jesus.

A few days later, he contacted us from the treatment center full of new hope for his life! He completed his time there and took a cab right back to Mosaic. Again, we were able to minister to him and that day he made a decision to rededicate his life to Jesus and make him Lord of his life! Mike is currently clean, staying with a friend and looking for work. He says that one day he hopes to share what Jesus has done for him to help others in need of hope! Praise Jesus for the redemption of Mike’s life!

The Mobile Outreach Team was praying and worshipping in Ballard one night and Erin stopped to listen. Her eyes filled with tears. We started praying for her and shared the gospel with her. She decided to follow Jesus and was filled with the Holy Spirit!

Our team met Houston and prayed for healing for a skin infection that he had and for housing for him and his mom. The next week, he was excited to tell us that God had healed him from his skin infection and provided housing for them!

The Mobile Outreach Team was serving hot dogs one night, by the Fremont Canal, and Kimberly walked up with her 4-month-old-baby Oliver. We learned that they were living in a tent, along with her husband Matthew. The next day, we visited their family again and offered to get them a hotel room until they could get into temporary housing. That afternoon, we moved them to a hotel room and we were able to cover the cost for the next few weeks while Matthew started working. Eventually, he was able to take over the cost of the room and now they are in the process of moving into their own apartment!

Stephanie was feeling really desperate and stuck and asked for prayer for housing. The next time we saw her, she told us God answered that prayer and a couple days after we prayed a case worker came and offered her housing! We thanked God together and gave him all the glory!

Savannah was 19 years old and pregnant when we met her. She was also struggling with an addiction and sleeping in a tent. She had never heard the gospel before, but expressed interest in learning. After a few weeks of talking with her about who Jesus is, she made a decision to follow him! A couple months later, her baby was born and she named him Nathaniel, which means Gift of God. She was able to get clean and moved in with a family friend.

The Mobile Outreach Team met Bobby at a camp in Bitter Lake. He was depressed and struggling with his addiction. He said he had been to treatment several times in the last couple months and kept relapsing. He also had an injured wrist and was wearing a brace. We shared the hope found in Jesus with him and told him that Jesus has the power to heal his wrist and free him from his addiction. We prayed and his wrist was healed! He was very surprised and made a decision to follow Jesus! After that, he went to treatment and then moved back in with his dad and started working again. Our team continued to meet with him and disciple him for several months.